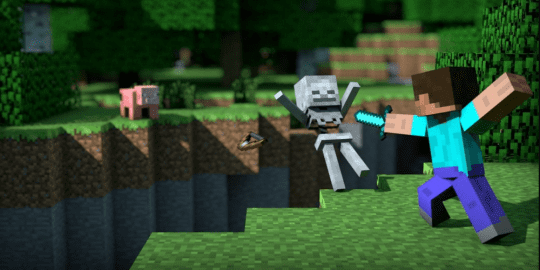 However, not everyone likes Minecraft. Some people find it too simplistic, while others find it too complex. And some people just don’t like the style of the game. For those people, there are plenty of alternatives to Minecraft. Here are five of the best.

Roblox is a massively multiplayer online game with similar block-building gameplay as Minecraft. Roblox has a much more family-friendly and kid-friendly tone overall. There are also many more official and user-created games and activities available within the Roblox world.

Fortnite is a cooperative survival game with similar block-building gameplay. However, Fortnite features a much more intense and action-packed combat system, as well as a more robust and fleshed-out cooperative multiplayer mode.

Terraria is a 2D sandbox adventure game. Terraria features more combat and boss encounters, as well as a greater focus on building and crafting.

Starbound takes place in space. The player will start on a planet, but they will quickly be able to explore other planets and even other star systems. And like Terraria, Starbound has a greater focus on combat, with a variety of different enemies to fight. In addition, Starbound has a large variety of items and blocks. And the game world is significantly larger than the world of Minecraft.