One End of The World Later: Best Post-Apocalyptic Games 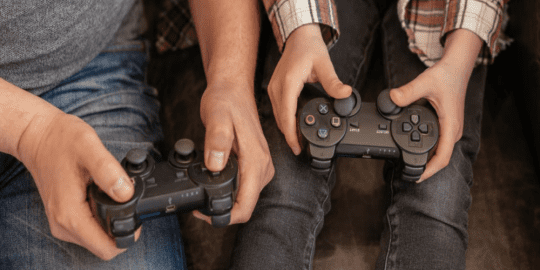 For many of us, the thought of a post-apocalyptic world is a scary one. We imagine a world where society has crumbled, where there is no law or order, and where we must fight tooth and nail just to survive.

But what if it isn't all doom and gloom? What if, in a post-apocalyptic world, we can still have fun?

Fallout 3 is set in the year 2277, 200 years after a nuclear war has devastated the United States. You play as the "Lone Wanderer", a survivor who is born in the safety of an underground vault and eventually ventures out into the wasteland to find their father.

The game is played from a first or third-person perspective, and the world is highly interactive, allowing you to pick up and use just about anything you see. The combat is a mix of real-time and turn-based, and the game features a unique "V.A.T.S." system that allows you to target specific body parts of your enemies.

There are literally hundreds of hours of gameplay to be had in Fallout 3, and the game's open-ended nature means that you can pretty much do whatever you want. Whether you want to explore the wasteland, help out the various factions, or simply try to survive, Fallout 3 has something for you.

The Last of Us

The Last of Us is set in a post-apocalyptic world that has been overrun by a fungal infection that turns people into zombie-like creatures. You play as Joel, a hardened survivor who is tasked with escorting a young girl named Ellie out of the infected city.

The game is played from a third-person perspective, and the combat is a mix of stealth and action. You'll need to carefully avoid the infected, as well as other survivors who may be hostile.

The Last of Us is an emotionally-charged and powerful game that is definitely worth playing.

The Walking Dead is set in the same universe as the popular comic book series of the same name. You play as Lee Everett, a convicted murderer who is given a second chance at life when the zombie apocalypse begins.

The game is played from a third-person perspective, and the combat is primarily focused on stealth and evasion. You'll need to stay out of sight of the zombies, as well as avoid other survivors who may want to harm you.

The Walking Dead is an excellent game that captures the feeling of the comics perfectly. If you're a fan of the series, then you definitely need to check it out.

These are just a few of the best post-apocalyptic games that are currently available. If you're a fan of the genre, then you owe it to yourself to check out some of these excellent titles.